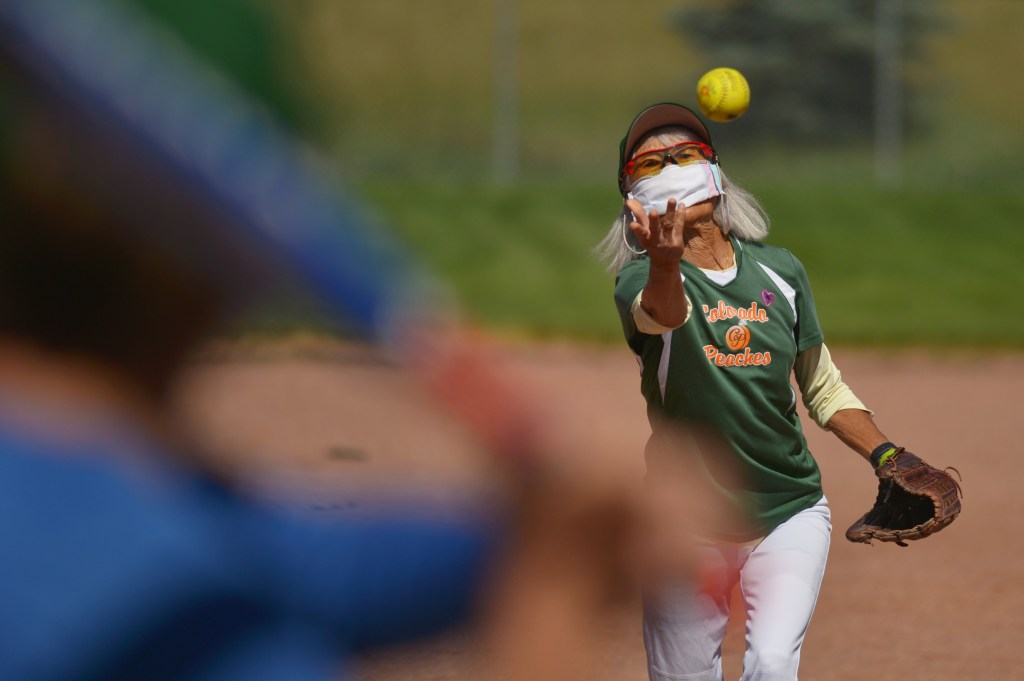 During the dead of a nasty winter that refused to end, while hunkered down at home against the lurking pandemic, 89-year-old Maggie McCloskey held steadfast to a daily routine of 150 push-ups to strengthen her body and 25 methodical swings of a bat to perfect her swing, as she dreamed of playing ball again.

“I got a new bat for Christmas. And I love that bat so much, I sleep with it,” said McCloskey, eyes dancing for joy. “For months, I would swing and swing and swing that bat by myself, with nobody pitching to me. When you get old, it’s hard to find anybody to play ball with you. But I couldn’t put that bat down.”

She talked as if the magic to be a found in her bat is as mystical and marvelous as anything contained in the holly wand wielded by Harry Potter. What’s more, McCloskey spoke with a certainty my jaded heart needed to hear. For there have been times when it seems all the joy has been drained from 2020, a year too sad for fun or games.

At the end of a spring stained by tears of COVID-19 deaths and afire with protests in cities nationwide, I began to wonder if the small joy of a perfectly turned double play was just silly kid stuff I no longer had time for at this heavy moment in American history.

But then something wonderfully unexpected happened. With every swing of her bat on a recent Tuesday morning, McCloskey and her Colorado Peaches teammates took me back, back, back to a ballgame that was my happy obsession as a child.

The Peaches are a senior softball team of ladies who defiantly refuse to grow up. And you better believe two dozen athletes old enough to be grandmas, all chattering “Let’s gets two!” as an infielder wearing a mask turns a double play, is not something you generally witness on a sunny Colorado morning. Well, at least not unless you’re lucky enough to stumble upon the Peaches at practice.

“What do I love about softball? Well, it sure is nicer than sitting at home and waiting to die from COVID,” joked Joy Kaylor. She is as lean as a willow at age 82 and as avid about cycling 25 miles around Denver as she is scooping throws at first base.

Hanging with the Peaches was as sweet as watching Charlie Blackmon hit a walk-off homer to beat the Dodgers. Denver Post photographer Hyoung Chang has framed moments as big as Broncos touchdowns and Olympic gold. But snapping shots of amateur softball players, ages 50 through 80 and beyond, he spontaneously exclaimed: “This is beautiful!”

Kicking up diamond dust at Addenbrooke Park in Lakewood, the Peaches made leaping catches and booted ground balls. With silver hair shimmering in the sun, they drilled singles to the opposite field, but also swung mightily and whiffed. But it was all gorgeous, because it was done with the childlike wonder of embracing joy in every little thing that makes a long life beautiful.

“You want to know how old I am? Well I like to tell people I’m 88 going on 90,” McCloskey confided with a mischievous giggle. “It’s not that I’ve got anything against being 89 years old. I just like the way 88 looks when I write it on paper, so I don’t want to let go of that number.”

Nolan Arenado can smack a ball farther than McCloskey can see. But I guarantee no major-league player approaches the game with more passion than she does. I also suspect if commissioner Rob Manfred and union chief Tony Clark sat in the bleachers during a single Peaches practice, their cold hearts would’ve melted and the financial bickering that nearly killed this MLB season could’ve ended far sooner.

During batting practice, McCloskey bounced a hit through the infield, then ran the bases, refusing to stop, dashing madly from first base to second and then third, leaving the ball trailing in her wake, as teammates frantically tried to tag her out.

After McCloskey, grinning from ear to ear, jogged safely home, I felt compelled to ask: What’s the enduring beauty that keeps her itching to swing a bat year after year, even when a pandemic forces spring to arrive painfully late.

But she was much way too preoccupied to stop and chat. Instead, McCloskey asked every teammate within earshot: “Where’s my glove? Has anybody seen it?”

She found the beloved glove under the shade of a tree near the first-base dugout. Delighted, McCloskey scampered to the outfield, pounding her mitt with the enthusiasm of greeting an old friend, then shouted to the batter at the plate: “C’mon, hit me one!”

But watch the joy McCloskey, 88 going on 90, brings to the diamond and a small, wonderful truth hits home: It’s never too late for love.

So swing hard. Run fast. Get lost in the magic of play and you can feel as vibrant as a game forever young.