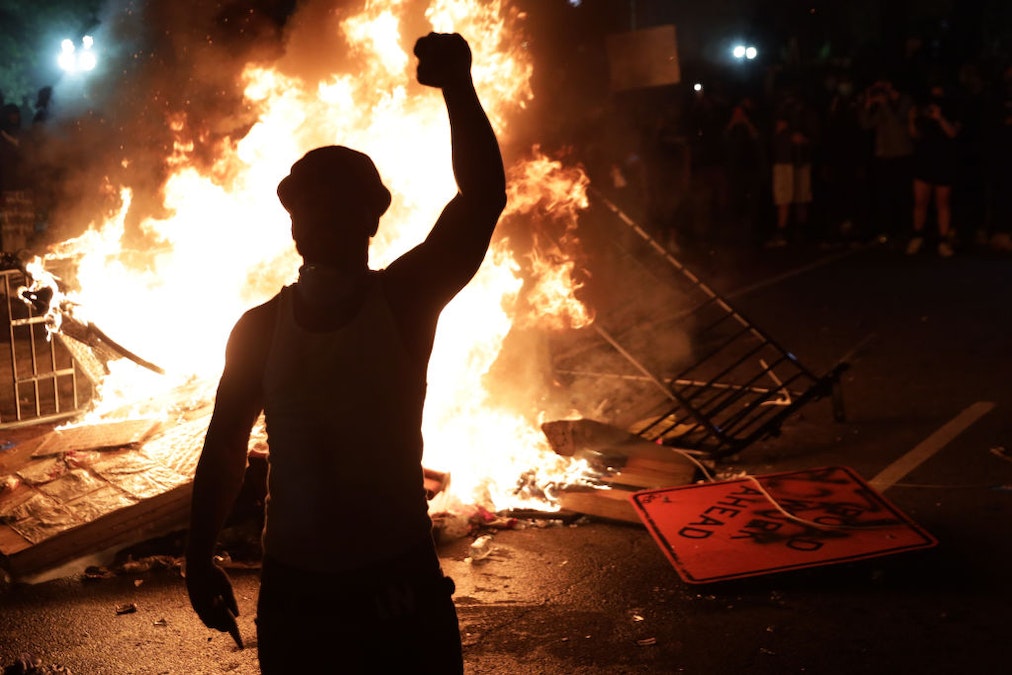 Last week, a father of five in Detroit, Michigan, lost the home he had been working on the past few months to a raging house fire. Thirty-two-year-old Rodrick Reynolds, an independent contractor, not only lost the house, but his dog and his work truck.

Since the incident, which is currently being investigated by authorities, the American people have come together to raise nearly half a million dollars for the Detroit man.

Speaking to a local news station on Thursday about the fire, an emotional Reynolds broke down.

“I put my family first,” he said. “I put every dollar I got in my house … and there’s nothing left.”

“Like, there’s a lot of stuff that I want, but I prioritize for my family every dollar — every dollar I get I put into that house and I take care of my kids.”

“It’s devastating for me,” Reynolds added, “but I’m a big boy so imma just keep on pushing.”

The American people responded swiftly to the gutting story, donating hundreds of thousands of dollars for the father in a matter of hours. As of June 7, the GoFundMe page is over $479,000.

“Hard-working father of 5 home burned to ground after being set ablaze on Thursday morning,” the GoFundMe page outlines. “Family dog was lost in fire. Father purchased home from land bank for his family an was working day an night on home.  Home was a few weeks away from being habitable so that he could obtain home insurance. This is beyond heart breaking to receive a call that your home you invested blood, sweat, and tears in literally was no more. Anything can help.”

On Friday, Reynolds responded to the outpouring of generosity, releasing “happy tears.”

“I just cant believe so many people cared this much to support me, ya know, I’m nobody,” added Reynolds.

Daily Wire editor Emily Zanotti, who helped push the donation page for Reynolds, aptly responded: “You are not a ‘nobody.’ None of you are.”

In another show of the true American spirit, the American people donated over $1.1 million to firefighter Kb Balla and wife Twyana after their businesses were looted and destroyed by rioters.

“To the countless people who donated on the Go Fund Me page, sent emails of encouragement, and those praying for us and supporting us around the world, THANK YOU!” Balla posted in gratitude to the GoFundMe page.  “We are all in this together. Stay safe, stay blessed, and keep praying for Minnesota.”

The Daily Wire, headed by bestselling author and popular podcast host Ben Shapiro, is a leading provider of conservative news, cutting through the mainstream media’s rhetoric to provide readers the most important, relevant, and engaging stories of the day. Get inside access to The Daily Wire by becoming a member.