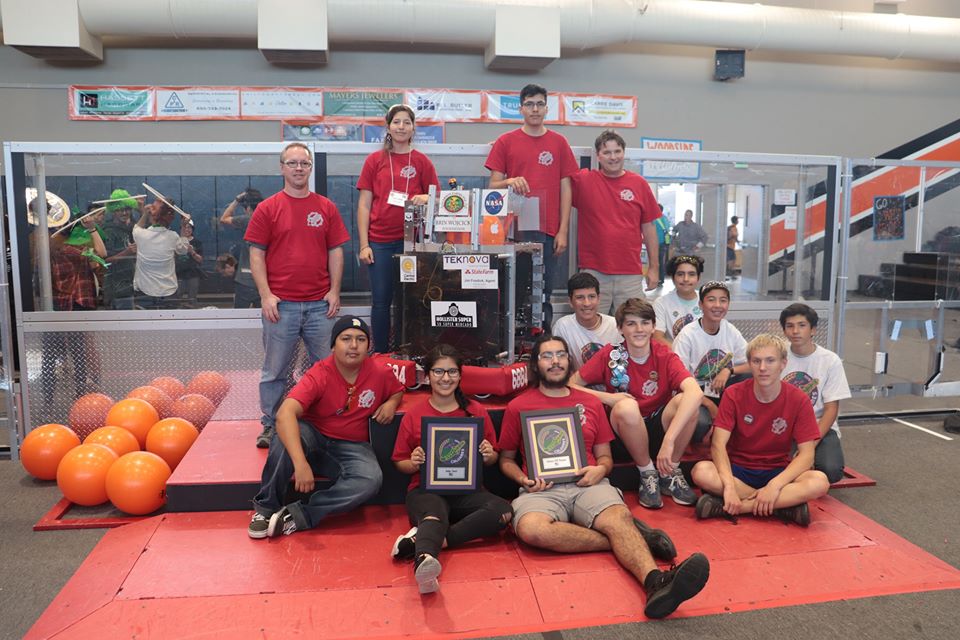 The San Benito High School Robotics Club, Team 6884 Deep-Space, loaded themselves into a bus at 5 a.m. on March 12 to drive to Fresno for their first competition. They arrived at 7 a.m. and 15 minutes later found out the competition had been canceled.

“I didn’t realize how serious things were getting with the virus. At first, it didn’t affect me. It was still kind of surreal,” 16-year-old student Nicholas Carpenedo recalled. “That was a huge shock and we were all upset, especially our seniors. That would have been their last chance to go to a competition. We found out they canceled all the competitions around the world.”

Then classes at the high school were canceled in the wake of the shelter-in-place order. At that time, the robotics club had no idea they’d come to the assistance of medical workers at Hazel Hawkins Memorial Hospital.

Team advisor Thien Vu-Nguyen, 28, started hearing from friends who mentioned a Facebook post about a Canadian boy scout who used a 3D printer to make surgical mask straps to minimize chafing around the ears.

“Three of my teacher friends all sent me the post saying ‘hey, can you make something like this?’” said Vu-Nguyen.

The post was about 12-year-old Quinn Callander of Vancouver. He started using his 3D printer to make the straps after being tagged in a post by a nurse in a local hospital who was reaching out to hobbyists for help making needed supplies.

“I hope even more people will volunteer!” Callander told BenitoLink. “I would tell people that want to help to do it, you will feel really good. And the best part is getting to help the medical professionals who are risking their lives to save others. And that is a big deal.”

Vu-Nguyen located the post on a Facebook group called Open Source COVID19 Medical Supplies, which matches designs and templates with people who have the resources to make equipment or parts needed by health care professionals.

Callander had used a pattern called the Surgical Mask Strap found on Thingiverse, which has a forum dedicated to open source projects designed to help with the pandemic response. The robotics club chose the same pattern to start with.

While the school remained closed, it was not possible to requisition supplies through normal channels. The team had raised money in order to attend the Fresno competition and had already purchased materials and supplies with the money. But with no way to use the supplies for competitions, they voted to donate them to the local medical community during the pandemic.

They began with making the mask strap and branched out into fabricating face shields after the Food and Drug Administration approved the design.

For the moment, the work is falling to students who already have 3D printers at home. Because of the shelter-in-place order, the six students and two advisors on the robotics team cannot return to work at their lab at San Benito High School. Only Vu-Nguyen has access to the high tech machinery in the lab and he is preparing to handle the production there himself.

“I would pretty much run everything there because they don’t want other students in the classroom,” he said.

The speed of making pieces depends on the sophistication of the printers. Carpenedo said home 3D printers like the one he uses can make a batch of four mask straps in four hours. The more capable printers at the school can turn out the same work in just over two and a half hours.

Expenses are low. Carpenedo estimated the face shields cost around a dollar to make, and the mask straps cost “next to nothing.” But the difficulty is in getting the supplies needed to make the pieces.

“Pretty much anyone with a 3D printer can make these,” he said, “but it is hard to find the materials since all the stores are shut down.”

The team is accepting donations of materials, such as plastic transparencies, 3D filament, and elastic bands. Though they are unable to accept cash donations, Vu-Nguyen can be contacted regarding supply and material donations at tvu-nguyen@sbhsd.k12.ca.us.

BenitoLink is a nonprofit news website that reports on San Benito County. Our team is working around the clock during this time when accurate information is essential. It is expensive to produce local news and community support is what keeps the news flowing. Please consider supporting BenitoLink, San Benito County’s news.